Horn of Africa – Kenya and Somalia

In 2020, CGPP HOA directly supports 95 cross-border health facilities in six Kenya counties (Garissa, Lamu, Wajir, Mandera, Marsabit and Turkana) and Kamukunji sub-county in Nairobi County, which is home to many Somali and Ethiopian refugees. In Somalia, the project links with 27 health facilities in  three regions bordering Kenya and Ethiopia (Bardere, Elwak, Belet-Hawa, Luq and Dollow districts in Gedo region, and Afmadow and Badhadhe in Lower Juba region and Rabdure and El Barde districts in Bakool region.)

The Horn of Africa experienced a wild poliovirus outbreak in April 2013 with a record number of 223 cases: 199 in Somalia, 14 in Kenya and 10 in Ethiopia. While the outbreak occurred primarily in Somalia, it quickly spread to Kenya and Ethiopia. The Somalia polio cases belonged to cluster N5A that had been circulating in northern Nigeria since 2011. At around the same time, the Global Polio Eradication Initiative (GPEI) entered a new phase with a significant reduction in case counts in endemic countries and a heightened recognition of the risk for the international spread of the virus. In May 2014, WHO declared polio a public health emergency and issued recommendations requiring proof of polio vaccination for travel to and from polio-afflicted countries. The CORE Group Polio Project Kenya and Somalia was established in 2014 to prevent and respond to any future outbreaks by building upon existing NGO child survival experience and expertise.

In collaboration with WHO and Kenya and Somalia Ministries of Health, the CGPP began holding cross-border meetings in October 2014 – a significant and instrumental move that would shape a systematic, unified and well-coordinated response in the form of the Cross-Border Health Initiative (CBHI). Known as the “cross-border people,” the CGPP Kenya-Somalia program aims to ensure the vaccination of all cross-border populations; supports the detection of suspected cases of AFP; conducts joint case investigations of trans-border AFP cases, and supports all polio SIAs by meeting monthly to support mapping and updating of cross-border villages, crossing points for outreach services, synchronizing polio campaigns and supporting permanent and temporary vaccinations posts during immunization outreaches and SIAs.

A network of Community Mobilizers (CMs) is poised to support structured community-based health volunteers (CHVs.)  The CHVs act as the critical link between the hard-to-reach communities and 122 health facilities, providing essential support to understaffed health facilities Including defaulter tracing. They also work with Care Groups to ensure improved community awareness, mobilization, and participation of community members to improve polio and routine immunization efforts.

The CGPP employs an array of strategies to achieve high levels of population immunity and increase vaccination uptake, such as the synchronization of regular routine immunization services between border villages, integration of vaccination outreaches with nutrition emergency response,  and the active participation of religious and community leaders. 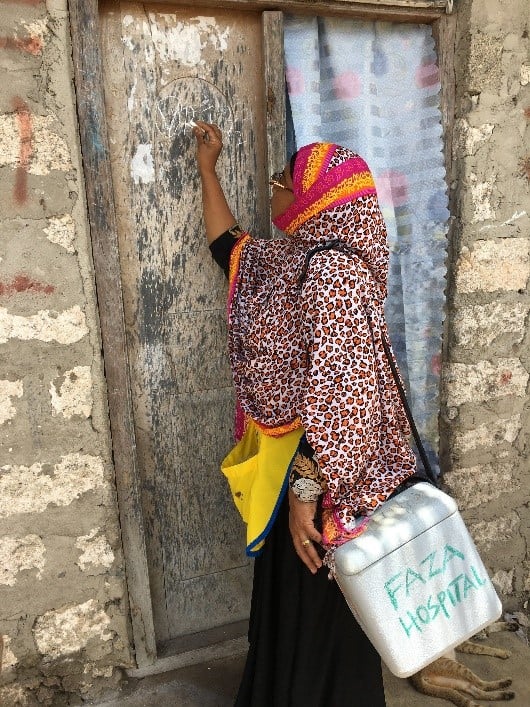 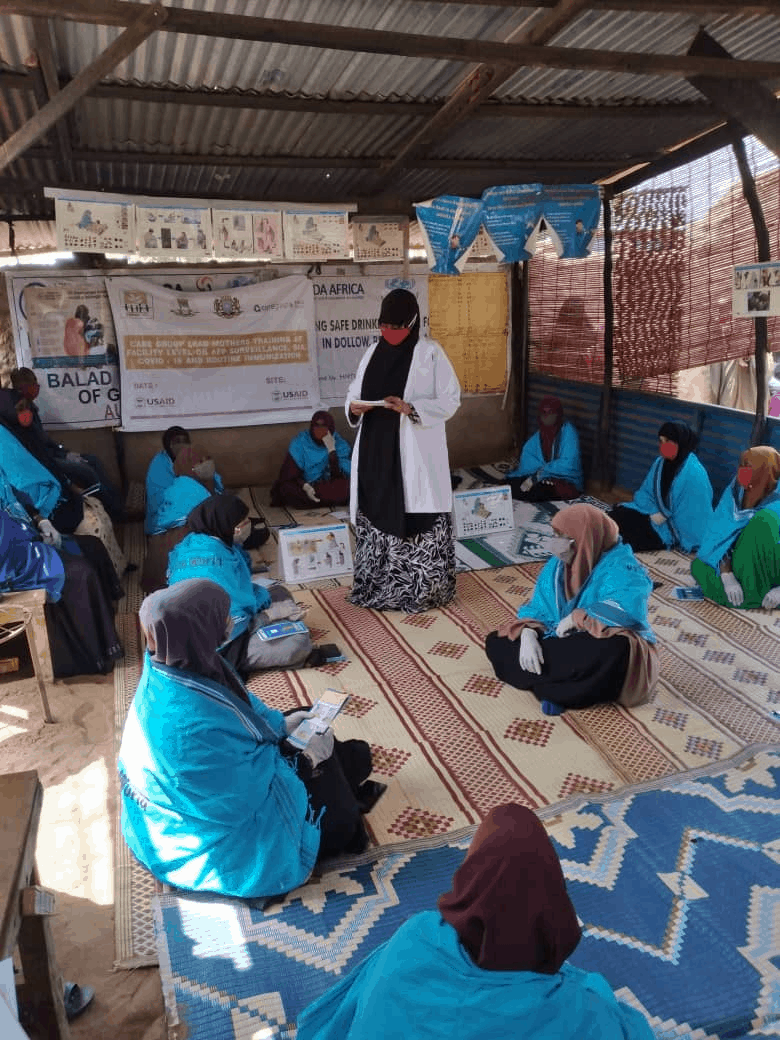 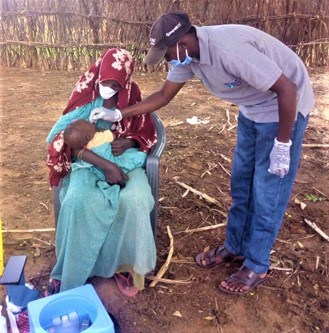 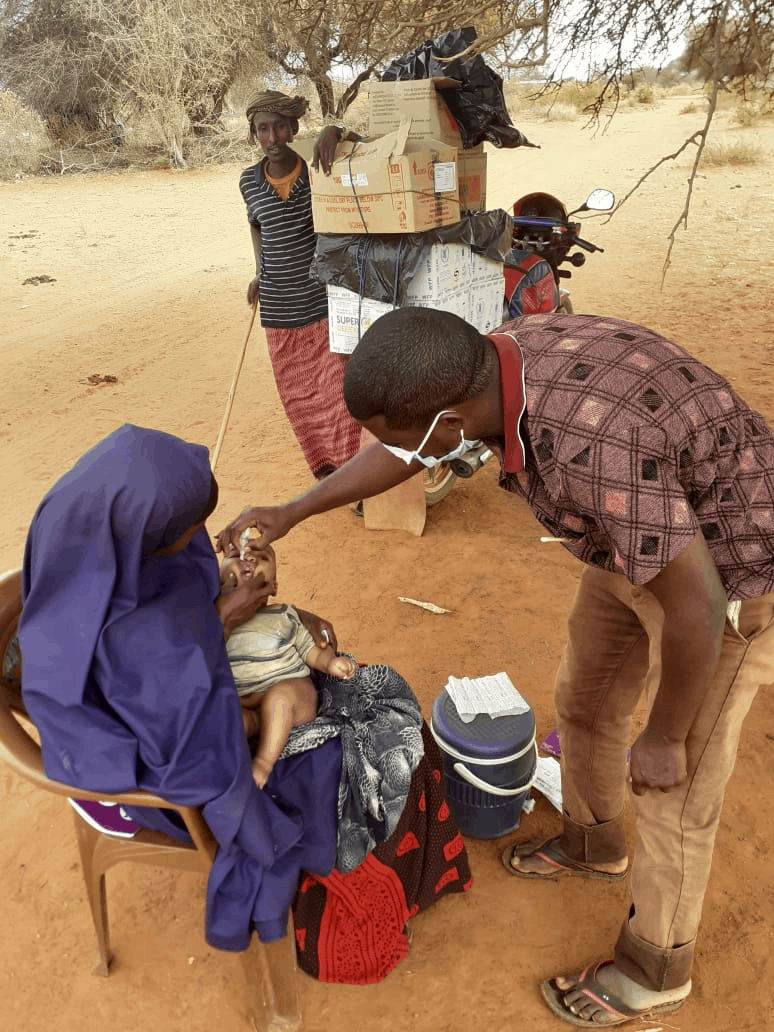 Reaching hard-to-reach populations along the Kenya-Somalia border in Mandera County. 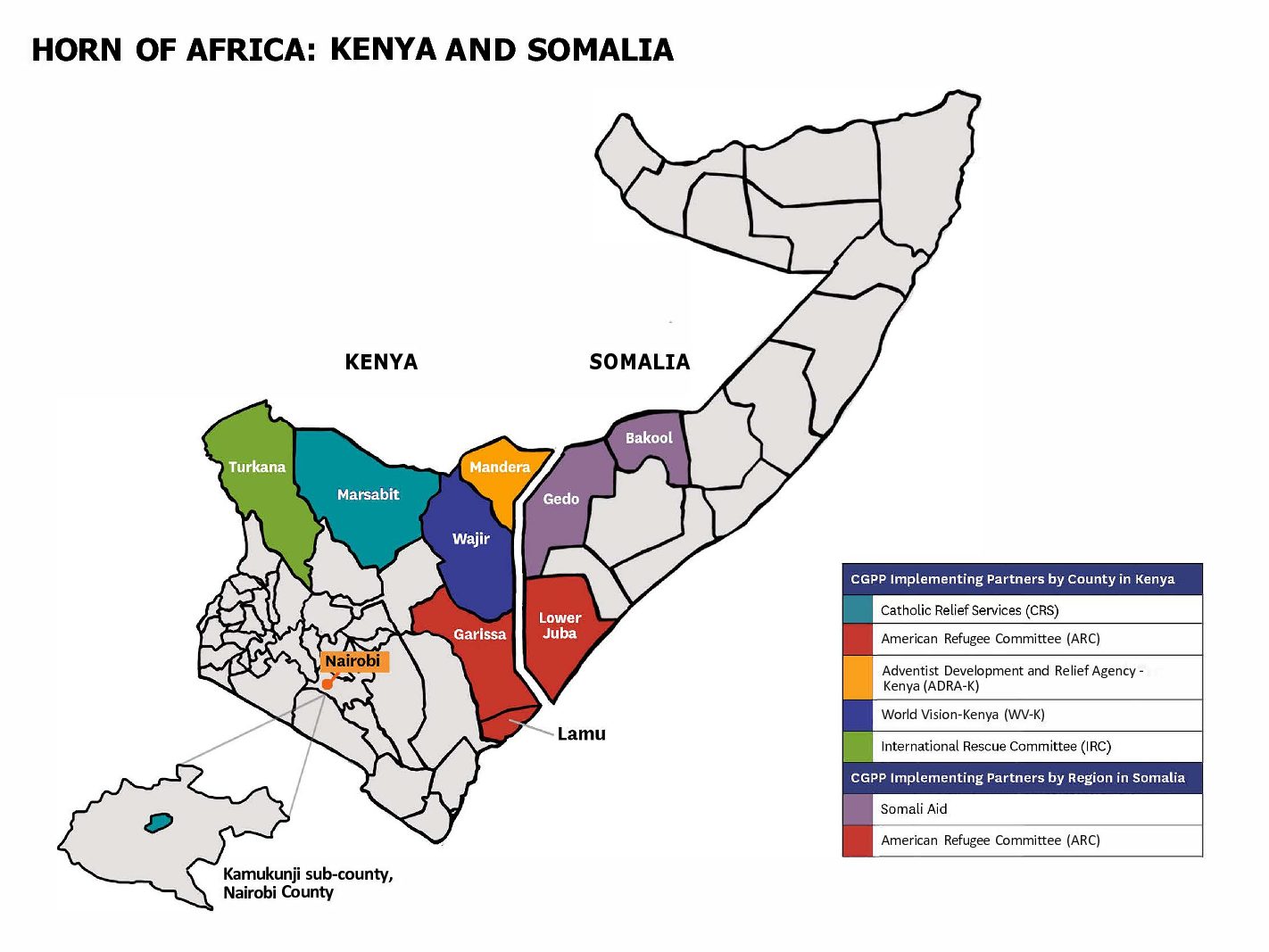 An Equal Shot at a Health: Providing Immunization Services for the Hardest to Reach

Technical Brief: Continuity of CGP-GHS Activities In Kenya During COVID-19