In November 2001, CGPP Ethiopia began operations in hard-to-reach communities with vaccination services and surveillance activities. Ethiopia is a country at high-risk for importation from neighboring conflict-affected Somalia and South Sudan. The government reported its last case of wild poliovirus in January 2014.  Due to COVID-19, low routine immunization coverage, and weak surveillance, parts of the country in 2021 continue to see climbing numbers of circulating Type 2 vaccine-derived cases (cVDPV2); the government reported 35 cases by the end of 2020.

The CGPP in Ethiopia has been a pioneer in using community volunteers for immunization promotion and community-based surveillance activities. In FY 2020, an active network of 10,506 Community Volunteers and Health Development Army Leaders (CVs/HDALs) provided crucial support to increase the coverage of polio and other routine immunizations as well as surveillance of polio, measles and tetanus in hard-to-reach, high-risk, pastoralist and semi-pastoralist regions, which are sparsely populated. CVs, HDALs and Health Extension Workers (HEWs) actively search and report cases of AFP, measles and neonatal tetanus and tracked newborns from early pregnancy. In 2020, the NPAFP rate in project areas was 3.58 per 100,000 children under 15 years, an improvement from FY19 and significantly higher than the national rate of 2.1 per 100,000 children. Project areas reported 45 NPAFP cases, with CGPP CVs/HDALs reporting 75.5%; 29 cases were from nomadic populations. 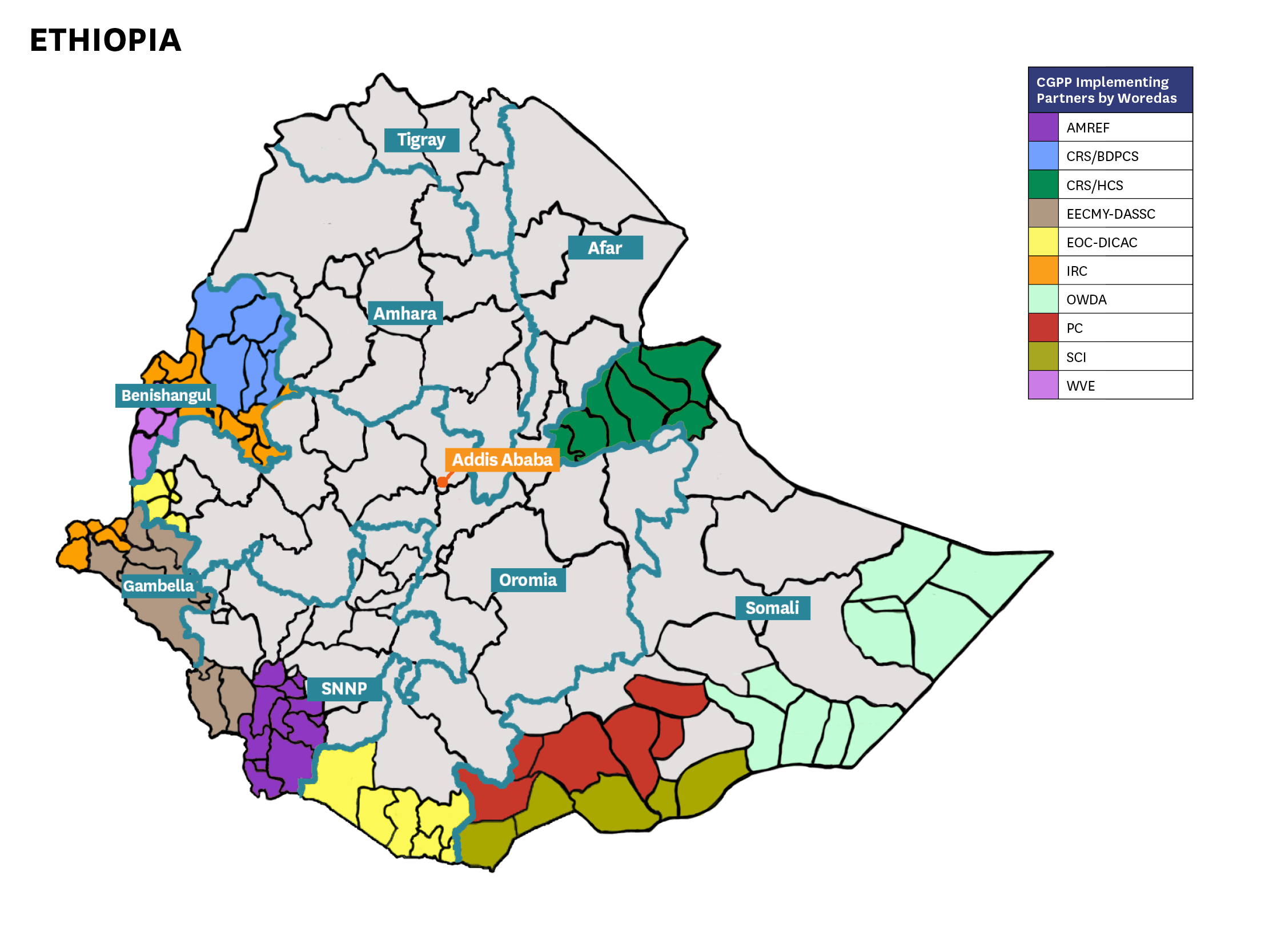 Knowledge, Attitude, and Practice of Mothers/Caretakers Towards Childhood Immunization In Ethiopia, APHA 2022

From Polio and Measles to Rabies and Anthrax: Leveraging 20 Years of Experience in Vaccine-Preventable Disease Surveillance for One Health Community-Based Surveillance in Ethiopia, World One Health Congress 2020

Community Volunteers and Their Knowledge and Practice Related to Immunization, Vaccine Preventable Diseases and Disease Surveillance in Hard to Reach Pastoralist Community of Ethiopia, APHA 2019

Use of Dedicated Volunteer Community Mobilizers for Polio Eradication Program in Pastoralist, Hard to Reach and Bordering Part of Ethiopia,
APHA 2019

Assess Community Based Surveillance: A successful strategy to hunt hidden AFP cases in hard to reach and underserved communities in Ethiopia, APHA 2018

Role of religious leaders and knowledge of caretakers on child immunization in hard to reach and pastoralist communities in Ethiopia, APHA 2018

Immunization service availability and readiness in the hard to reach zones of Ethiopia: Quantitative Study, APHA 2018