At the request of the Uganda government, the CGPP returned to Uganda in late 2018 to introduce community-based surveillance activities for South Sudanese refugees.  The CGPP previously worked briefly in Uganda from 1999 to 2000, when transmission of endemic poliovirus ended. The Project implements CBS activities in four districts where hard-to-reach, high-risk and mobile refugee populations are located.

The Horn of Africa Technical Advisory Group (TAG) for immunization and polio eradication invited CGPP to work in Uganda to strengthen the Ugandan Integrated Disease Surveillance and Response (IDSR) system at the community level by establishing a Community Based Disease Surveillance (CBDS) system utilizing existing Village Health Teams (VHTs).  Support is provided by both project staff, MOH structures at county and lower levels and community-level volunteers who are trained to act as community health promoters with a special focus on polio and community-based health promotion and disease prevention through addressing social mobilization and communication, and documentation and use of information for decision making. 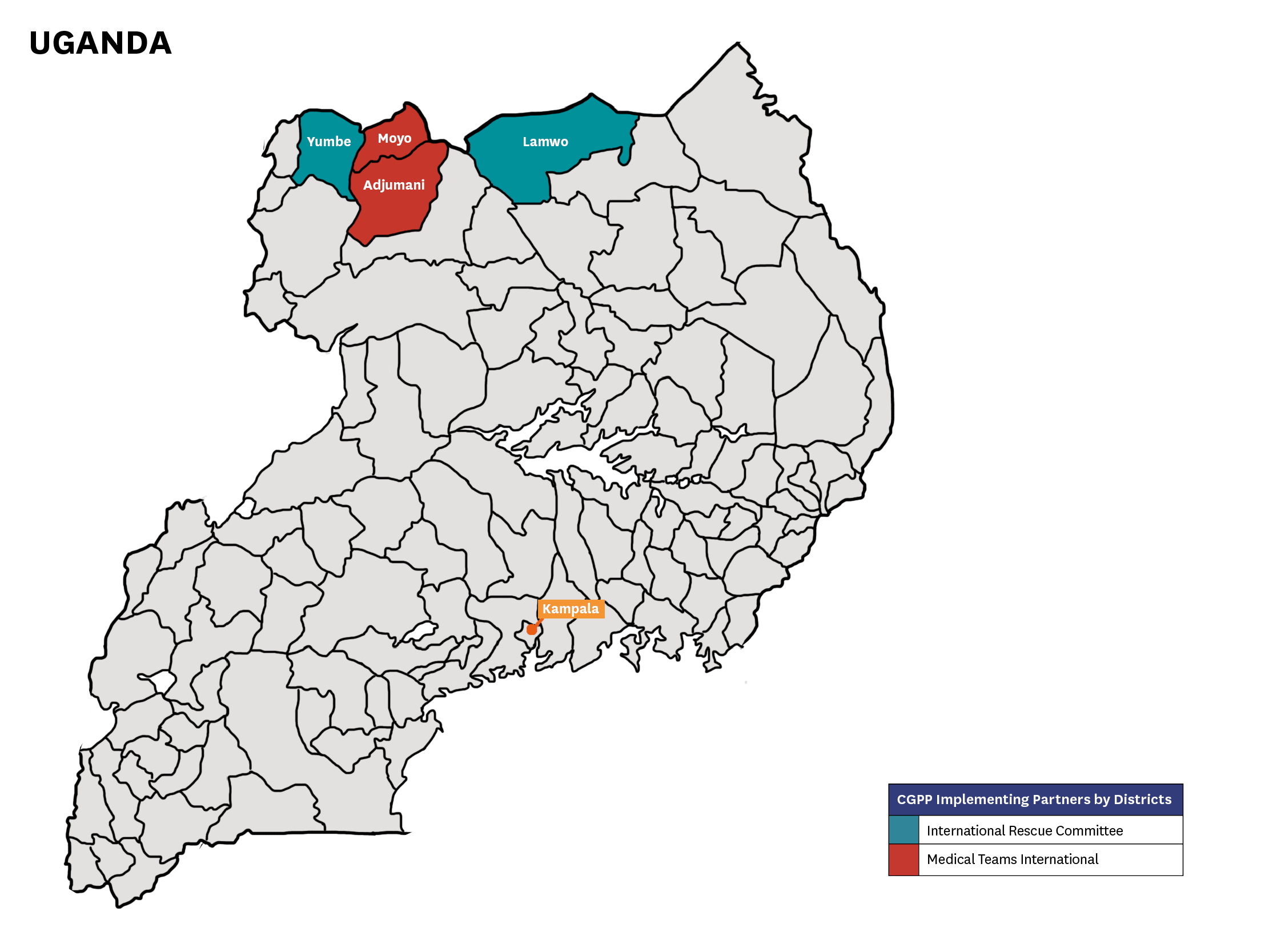