With support from USAID’s Ebola Preparedness funds in August 2019, the CGPP expanded its polio and measles surveillance portfolio to nine-high risk border counties of Magwi, Kajo-Keji, Lainya, Morobo, Yei, Yambio, Nzara, Ezo, and Tambura. Although the preparedness initiative ended in March 2020, CGPP continued with Ebola surveillance based on the high risk of importation from the DRC. Seven suspected Ebola case alerts were reported after March, indicating the high sensitivity of CBS.

Upon confirmation of the first case of COVID-19 on April 5, 2020, the CGPP received additional funding from USAID in July 2020 to support the COVID-19 response. CGPP South Sudan rapidly leveraged its existing community-based network and surveillance system to integrate COVID-19 response in four additional counties – Juba, Budi, Kapoeta South, and Kapoeta East – thus increasing community coverage by August 2020 to a total of 13 remote counties in Central, Eastern, and Western Equatoria states. These communities are deemed high risk based on geographic proximity to Kenya, Uganda, the Democratic Republic of Congo (DRC), and the Central Africa Republic (CAR). The CGPP added contact tracing training and activities for BHPs and project supervisors and provided COVID-19 IPC supplies. CGPP integrated COVID-19 into the CBS surveillance network; volunteers now detect and report suspected COVID-19 alerts and community deaths due to difficulty breathing.

Since reporting its last wild poliovirus (WPV) case in June 2009 in Northern Bar el Ghazel State, South Sudan struggled with repeated vaccine-derived poliovirus outbreaks in 2014 and 2015. A national outbreak response assessment in 2015 revealed an AFP surveillance system not sensitive enough to detect existing poliovirus cases. As a result, the South Sudan Technical Committee for Polio Eradication requested the CGPP re-direct its focus to community-based surveillance in the northern states.

In October 2015, the CGPP designed and implemented a radically new AFP surveillance system based on the use of unpaid community key informants (rather than health workers) to cover all 33 counties in the conflict-affected states of Jonglei, Upper Nile and Unity. Also, two border and hard-to-reach counties in the state of Eastern Equatoria (Kapoeta East and Magwi) that share their international southern border with Kenya and Uganda, respectively, were identified for inclusion due to the high volume of traffic passing from Kenya and Uganda into South Sudan, placing both counties at high risk for polio importation. The new strategy allowed the project to cover a much larger area at a reasonable cost by relying on unpaid community key informants to identify and report suspected AFP cases in their communities. The initiative reduced the number of silent counties from eighteen (18) to one (1). It raised the levels of non-polio AFP surveillance to an average of over four per 100,000 children under 15 years old in the states of Unity, Upper Nile, Jonglei and the two counties in Eastern Equatoria state by the end of the project phase (December 31, 2018), which is twice the minimum target rate.

In January 2019, CGPP transitioned CBS activities to high-risk counties in three southern Equatoria States and over time integrated the reporting and detecting of measles, EVD, and COVID-19. When the project began its integrated disease surveillance operations in January 2019, four of the nine focal counties had been silent for more than two years; violence in Yei, Lainy, Morobo and Kajo-Keji prevented access to the populations there. In May 2020, the project, for the first time, was able to begin reporting AFP cases.

The CGPP surveillance system has been effective in insecure environments and where the population has limited access to health facilities. It involves a network of unpaid community key informants (CKIs) at the community level. CKIs are those individuals who are more ‘plugged in’ to the daily flow of community life and would likely be aware of a person with signs and symptoms suggestive of EVD, polio, measles, or COVID-19.  CKIs are supervised by volunteer Boma Health Promoters who link community key informants to public health services and CGPP project supervisors. CKIs are faith-based leaders, chiefs, headmen, traditional birth attendants, traditional healers, local clinic owners, women and youth leaders, and teachers.

The nature of the CBS system structure through the network of CKIs also provides a link to share health messages and actively listen to community concerns.  The project integrates COVID-19 awareness messaging on prevention and detection into the ongoing sensitization for polio, Ebola and measles to educate the community on the novel disease and address misinformation and miscommunication, particularly among rural communities frequently excluded due to lack of access to health information. 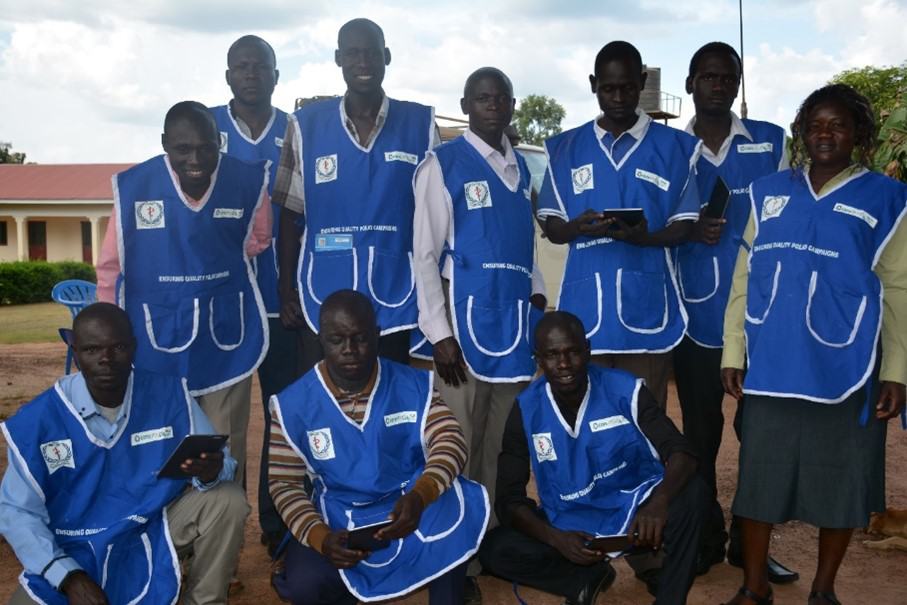 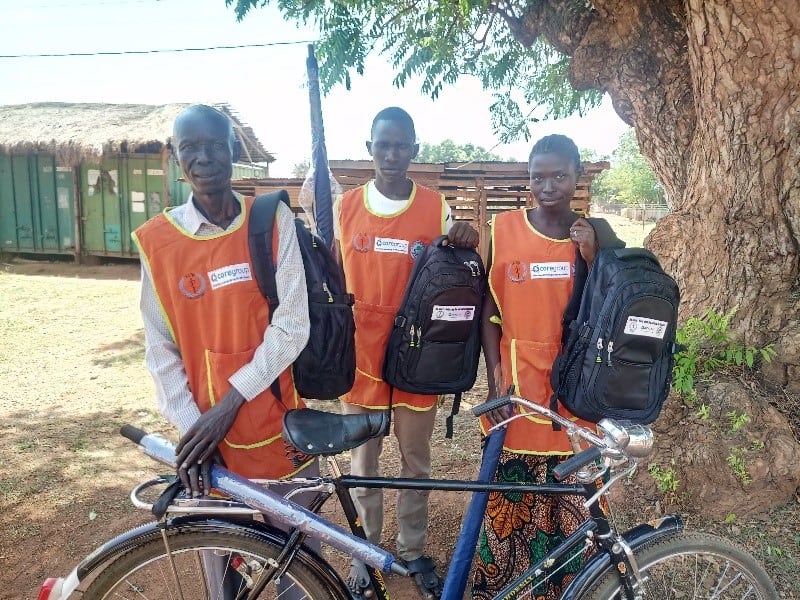 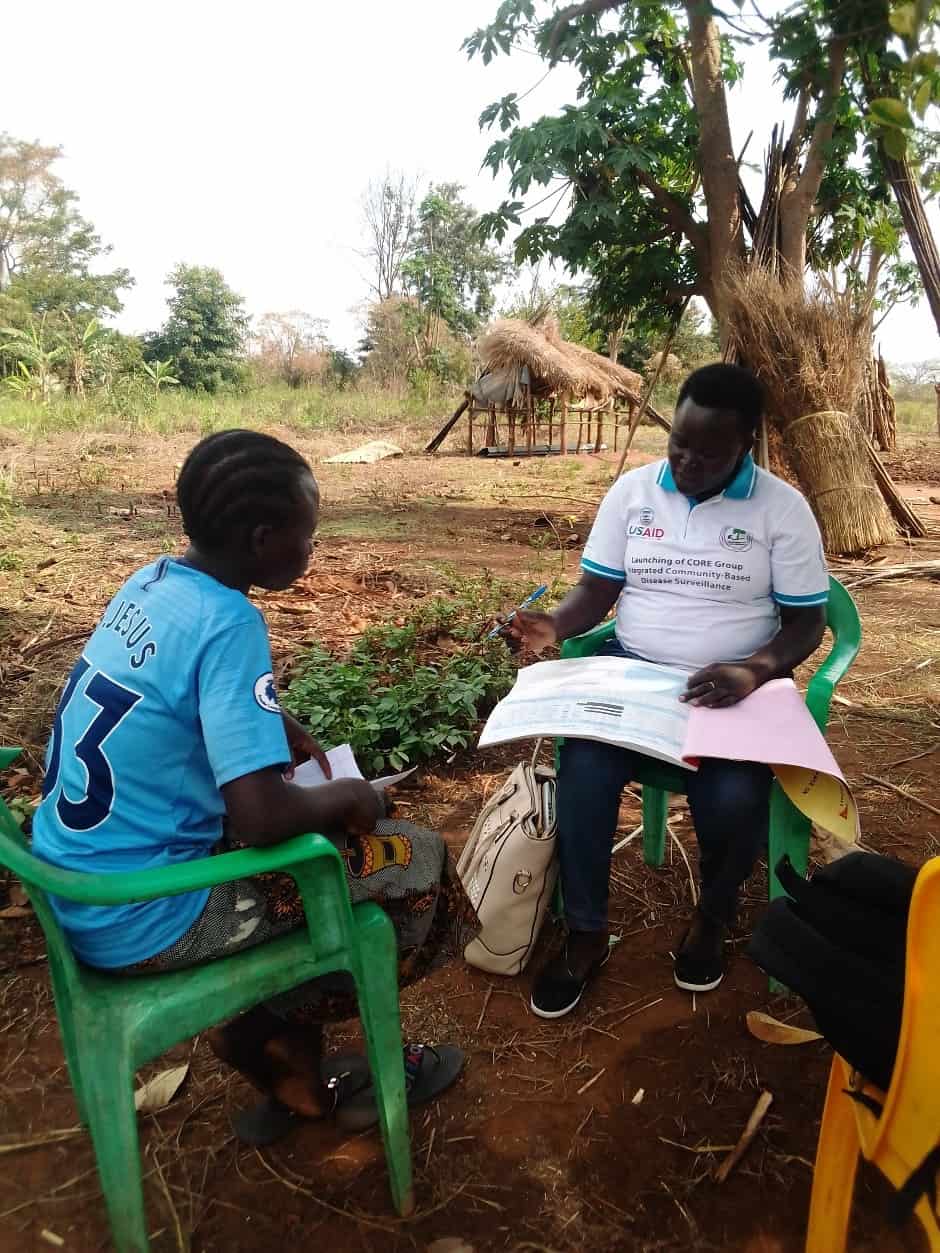 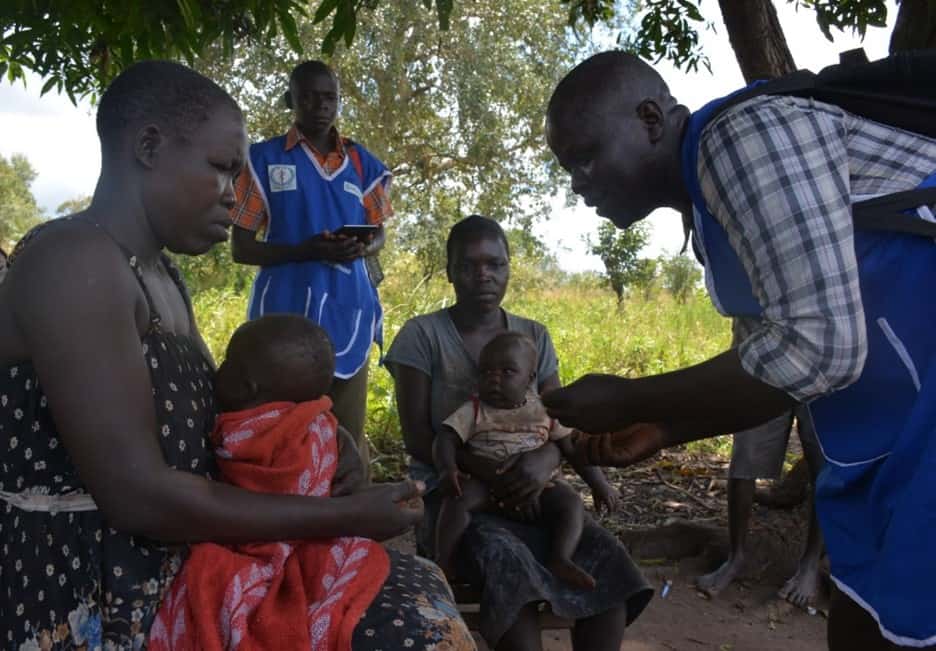 The map is current as of September 30, 2020. In October 2020, the project expanded its geographical coverage to 24 counties to include Terekeka county in Central Equatoria; Ikotos, Kapoeta North, Lopa/Lafon and Torit in Eastern Equatoria; and Ibba, Maridi, Mundri East, Mundri West, Mvolo and Nagero in Western Equatoria.

A South Sudanese’s father’s joy: “No child will die of measles and other common diseases in my village”

Kisanga A., Abiuda B. (2019). Evaluation of the Functionality and Effectiveness of the CORE Group Polio Project’s Community-
Based Acute Flaccid Paralysis Surveillance System in South Sudan. Am. J. Trop. Med. Hyg., 101(Suppl 4), 91–99.