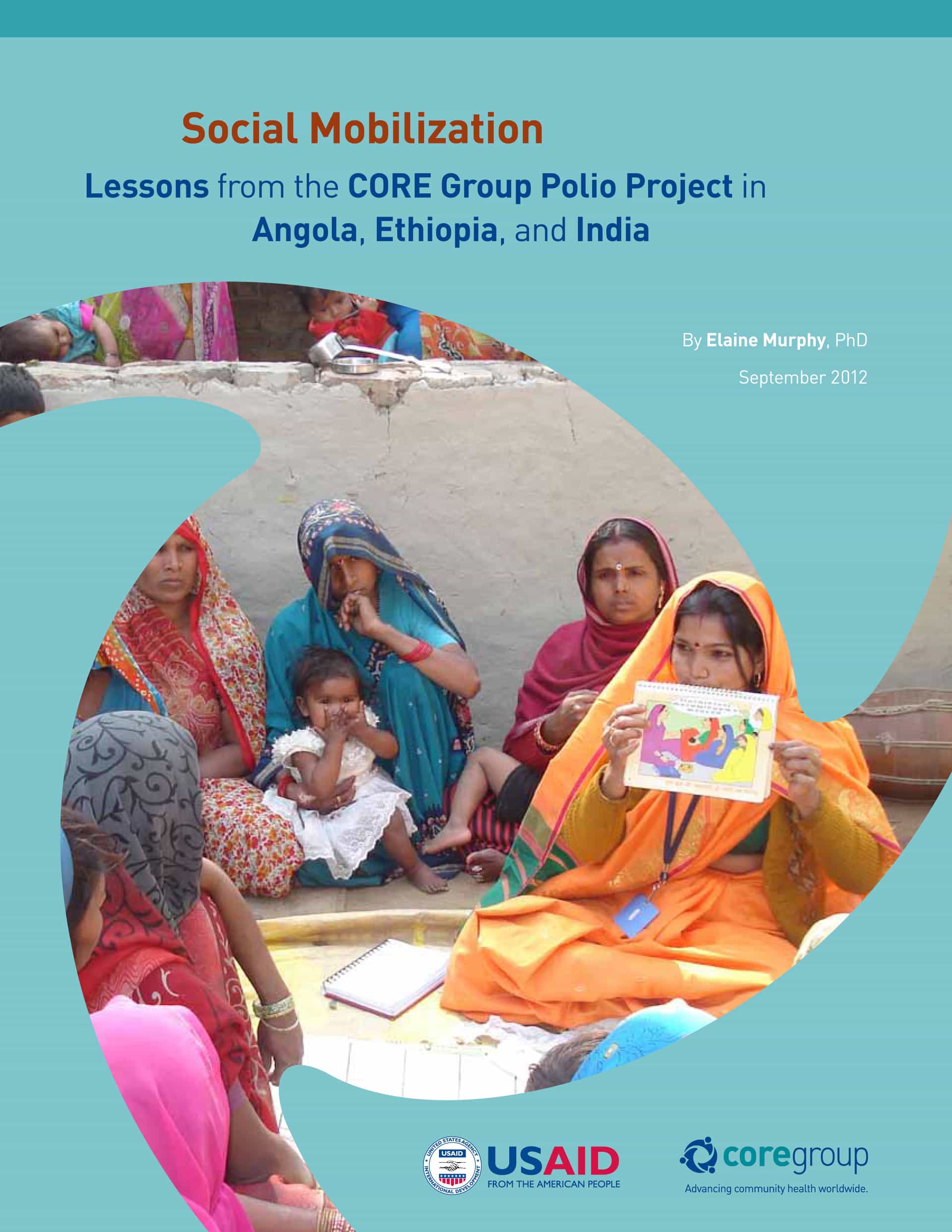 DESCRIPTION
The CORE Group Polio Project (CGPP) and its partners in India, Angola, and Ethiopia have led successful social mobilization efforts to reach difficult-to-access populations critical for polio eradication. These include extremely poor rural and urban communities, ethnic and religious minorities who resist immunizing their children, and others such as newborns, pastoralists, migrants, and those in transit across national borders. Working through grassroots nongovernmental organizations (NGOs), CGPP social mobilization activities have contributed to the current polio-free status in all three countries and have improved the coverage of children’s routine immunizations as well. Marking a shift from the earlier dominance of epidemiological perspectives, today behavior-change communication — advocacy, interpersonal communication, and social mobilization — is recognized internationally as the way forward in this final phase of polio eradication.

This shift is reflected in WHO’s May 2012 Global Polio Emergency Plan:

This report places CGPP within the context of the Global Polio Eradication Initiative (GPEI) that began in 1988, defines and describes three varieties of social mobilization, and presents as case examples CGPP’s successful social mobilization work in India, Angola, and Ethiopia. It is intended for those interested in best practices to move polio eradication from its current 99.9 percent success rate to 100 percent, and all who want to “reach the hardly reached” with routine immunization, new vaccines and other life-saving maternal and child health services.