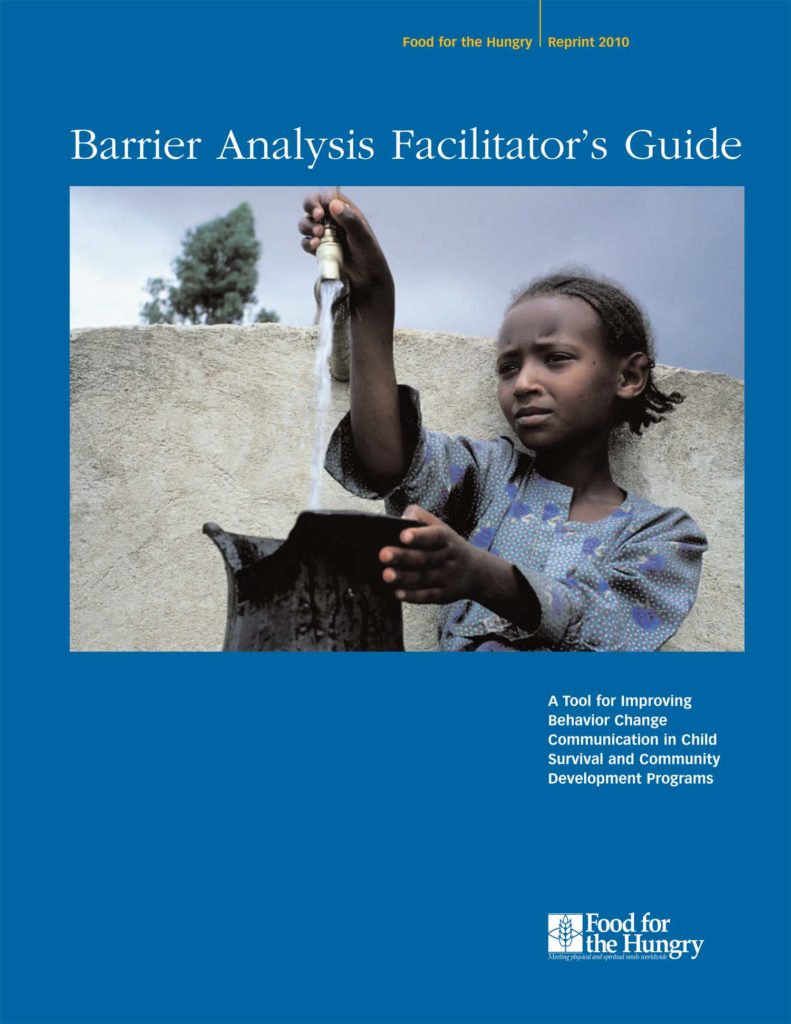 ORGANIZATION
Food for the Hungry

DESCRIPTION
The Barrier Analysis tool is a rapid assessment tool used in community health and other community development project to better identify barriers to behavior change that (if adopted) would have a significant positive impact on the health, nutrition, or well-being of targeted groups (e.g., preschool children) in a project area. The tool also helps staff members to identify positive aspects of behaviors which can be used in health promotion efforts. The tool is in some ways similar to Doer/NonDoer Analysis (part of the BEHAVE framework), but focuses on a much broader list of possible determinants and barriers. The manual focuses on eight determinants: perceived susceptibility, perceived severity, perceived action efficacy, perception of social norms, perceived self efficacy, cues for action, perception of divine will, positive and negative attributes associated with the action.

The methodology can easily be modified to identify a wide range of barriers to behavior change in health, agriculture, nutrition, or other domains, and is applicable to any geographic location in the world. Barrier Analysis was initially developed in the early 1990s using behavioral change principles that were applied to a community-level child health project in the Dominican Republic. The tool was further developed by FH staff members and has been used to train over 100 FH field staff from Mozambique, Kenya, Bolivia and Ethiopia in identifying barriers to behavior change. Since the late 1990s, the tool has been used in Haiti, Kenya, Mozambique, Ethiopia, and Bolivia to discover key barriers to behavior change regarding breastfeeding, other nutritional practices, latrine use, agricultural practices, HIV/AIDS behaviors, and other intervention areas. Additional Information on Barrier Analysis