Join CORE Group’s Young Professionals Network as we host a distinguished panel of executives coming from different international development NGOs in Washington, D.C. They will share insights about their professions – how they progressed throughout their careers; reflections on the evolution and current landscape of international development; and, perhaps more importantly, forecasts to what the future holds, especially for the new generation of policymakers and practitioners of which our young professionals are a part.

Lunch will be provided. Sign-in and lunch will start at 12:30PM, and the event will officially begin at 1:00PM. After presentations from the panelists, a moderated Q&A with the audience will follow. For those who can stay longer, we will have small breakout groups with the panelists for more conversation and networking until 3:00PM.

Space is limited so register today!

For those who cannot attend in-person, we are offering a live broadcast of the event. Access the virtual Meeting Room here.

Lisa Hilmi is executive director of CORE Group. She has an extensive career in global health, employing both human rights and community-based participatory approaches to addressing health disparities for women, children and communities. Lisa brings a wealth of experience working at multiple levels of global health, and also adds technical expertise as a pediatric nurse. She has worked with several CORE Group members in over 12 countries, and her extensive networks in academia, Ministries of Health, UN, bilateral and private funders have been a great asset to CORE Group. 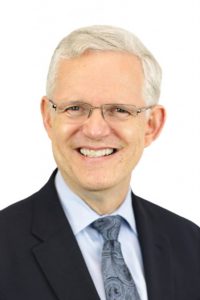 Sam Worthington is chief executive officer of InterAction, the largest U.S. alliance of nongovernmental international organizations, with more than 220 members and partners. Sam leads the U.S. NGO sector’s engagement at the highest levels with the UN, governments, and civil society groups around the world. He has testified before the U.S. Congress, routinely consults with the administration, speaks to boards and at universities, and is a regular contributor on numerous major national and international media outlets.

His numerous leadership roles include serving on the White House Task Force on Global Development and Poverty, working as a founding board member of the ONE Campaign, board member of the Center for Disaster Philantropy, Van Leer Group Foundation, FORUS and The Alliance to End Hunger and serves on the Advisory Committee for Voluntary Foreign Assisstance (ACVFA).

Sam holds a master’s degree with distinction from the Middlebury Institute of International Studies and a bachelor’s degree from the University of Vermont. As a Fulbright scholar he completed postgraduate research at the Institut Universitaire des Hautes Etudes Internationales in Geneva, and as a midcareer professional, an executive leadership program at the Harvard Business School. Among other awards, he has an honorary doctorate. 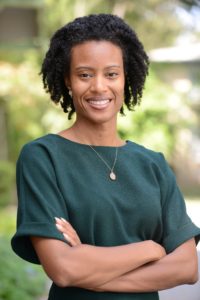 Loyce comes to the role having held leadership positions in global policy and strategic partnerships at LIVESTRONG Foundation and the American Cancer Society. Additionally, she has worked with Physicians for Human Rights and also served as an International Development Fellow for Catholic Relief Services.

Loyce holds a Bachelor’s degree with Honors in Human Biology from Stanford University and a Master’s degree in Public Health from Johns Hopkins Bloomberg School of Public Health. She speaks several languages and has lived in Africa, Asia, and Europe. Loyce is based in Washington, DC.

Dr. Mutwiwa is a Kenyan physician, with over 17 years of service delivery and advocacy experience managing and implementing large-scale, U.S. Government -funded integrated health projects in resource-limited settings.  As the Country Director for Jhpiego/ Rwanda, he is the Chief of Party for a large USAID funded reproductive, maternal, newborn, child and adolescent health (RMNCAH) program covering 16 districts in Rwanda, with a staff of over 100, and annual budget of over $10 million. He provides, technical, programmatic as well as administrative support to the other country programs including the DOD- funded VMMC program and a UNICEF- funded Early Infant Male Circumcision (EIMC) program where he has demonstrated excellent technical, management and collaborative leadership skills.  Previously, as the Deputy Chief of Party on the 5 year, USAID-funded $100 million APHIAPLUS KAMILI, he co-managed the technical and financial integrity of the program’s service delivery in 11 counties in Kenya. He led a team of over 80 staff in the Eastern region of Kenya, implementing integrated HIV/RH/FP/MNCH programs.